Hello everyone, how are you all doing today? We finally have Xubuntu 18.04 LTS released and available for download! Starting from today forward, will be adding more posts, downloads and tutorials for Xubuntu. We plan to support even more of the official flavors in the coming weeks so be on the lookout for that.

Today we will list the Xubuntu 18.04 download links which will feature both FTP links, direct download links and of course Bittorrent links for Xubuntu 18.04 LTS. Lets not waste too much time, have a quick look at Bionic beaver’s feature list, screenshots and then you can go ahead and download and install it.

MenuLibre 2.2.0 is a significant release with a multitude of new features, fixes, and supported desktops. Users can now test their launchers directly from MenuLibre. Additionally, you can sort submenus, install launchers in any directory, and identify issues in existing launchers. Desktop environment support has been extended to include Budgie, Cinnamon, EDE, LXQt, KDE Plasma, MATE, and Pantheon.

Parole 1.0.0 introduces the new “Automatic” video output, selected by default. This new output will automatically select the best available option for your hardware, leading to improved performance and reduced configuration issues. Videos are finally playable in Virtualbox with this update.

Thunar has had a lot of development time in recent months while it heads toward a stable GTK+ 3 release. This release benefits from that development with a large number of bug fixes backported to ensure that Thunar is and continues to be a dependable file manager.

Xfce Power Manager has been ported to GTK+ 3 and includes a number of improvements and new features.

The latest version of the Xfce notification daemon includes a panel plugin, support for links in notifications, and improved markup support. The panel plugin allows for quick access to the “do not disturb” mode and recent notifications.

The latest version of LibreOffice is included with Xubuntu 18.04. This release features better file compatibility with Microsoft Office, Abiword, and QuarkExpress. One of the major release highlights is the inclusion of the elementary icon theme for all installations (including Windows and Mac OS X). This theme was first featured in Xubuntu 16.04 “Xenial Xerus”.

The latest and greatest versions of Firefox and Thunderbird are included. Firefox recently rolled out their “Quantum” changes, making recent releases incredibly responsive and faster than ever.

Development on Xfce 4.14 is moving right along, but will not be included in Xubuntu 18.04. While we won’t be getting the next generation Xfce desktop, we do have some additional stable updates and development goodies for everyone to enjoy. 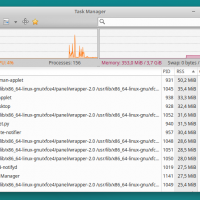 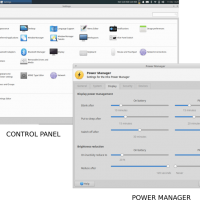 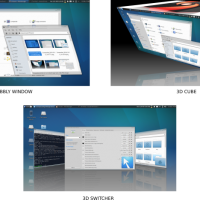 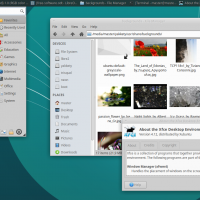