Hello everyone, how are you all doing today? We finally have Kubuntu 18.04 LTS released and available for download! Starting from today forward, will be adding more posts, downloads and tutorials for Kubuntu. We plan to support even more of the official flavors in the coming weeks so be on the lookout for that.

Today we will list the Kubuntu 18.04 download links which will feature both FTP links, direct download links and of course Bittorrent links for Kubuntu 18.04 LTS. Lets not waste too much time, have a quick look at Bionic beaver’s feature list, screenshots and then you can go ahead and download and install it.

Kubuntu 18.04 comes with a new 4.15-based kernel, KDE Frameworks 5.44, Plasma 5.12 LTS and KDE Applications 17.12.3. Kubuntu has seen some exciting improvements, with newer versions of Qt, updates to major packages like Krita, Kstars, KDE-Connect, Firefox and LibreOffice, and stability improvements to KDE Plasma. And we have new applications that we’re so proud of: latte-dock, Falkon, kio-gdrive and Peruse, a KDE comic reader. Kio-gdrive enables KIO-aware applications (such as Dolphin, Kate or Gwenview) to access and edit Google Drive files on the cloud.

Plasma 5.12 LTS, the latest release of KDE’s desktop has been developed to make it smoother to use while retaining the familiar setup. Plasma Vault, for creating and managing encrypted folders seamlessly in Plasma, also arrives in the Ubuntu archive with this release.

Changes to applications since 16.04 LTS 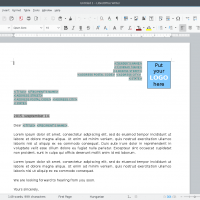 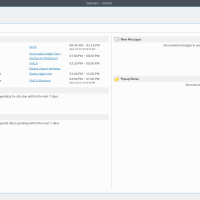 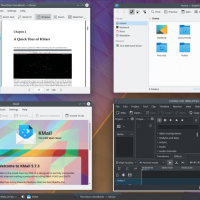 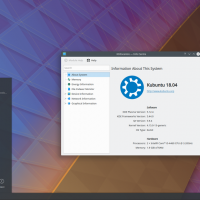