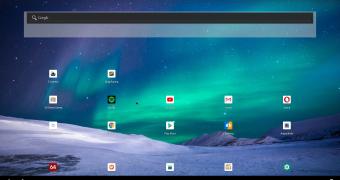 AndEX developer Arne Exton has announced the availability of a new version of his Android-x86 fork that lets users run Google’s latest Android 10 mobile operating system on their PCs.

While the open-source Android-x86 project is currently developing a version of their OS that lets users run Android 9 “Pie” on their personal computers, projects like Bliss OS and AndEX are already flirting with Android 10, allowing you to run a fully fledged Android 10 OS on your PC.

AndEX 10 is the latest and greatest release of this Android-x86 fork that lets anyone install and run the Android 10 mobile operating system on their desktop or laptop computers, or in a virtual machine, though the latter suffers from bad video performance and distorted colors.