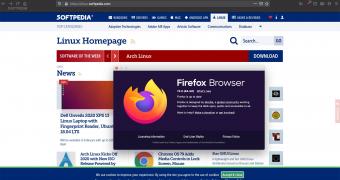 Released earlier this week on January 7th, the Mozilla Firefox 72 web browser is here to finally implement Picture-in-Picture (PiP) support for Linux-based operating systems, allowing users to watch videos from various websites in a floating, resizable window while working on other tabs or apps.

“If a user were tricked in to openi… (read more)