Hello everyone, how are you all doing today? I hope you are all having a great day so far, we have been a bit busy here the past 2 weeks or so but we are all back in the office and it’s time to work on releasing the new UbuntuFree.com version 2.0 — Instead of releasing a new beta version of the site, we will just release the final version which we have been testing in the background to random users who visit this site for the past month. So far, 90% of the people who have tested the new design of our site love it and we only have a couple of more bugs to fix and then we will release next month. Anyway, please read on…

Today we will quickly link you to some exciting news first reported by OMGUbuntu.co.uk regarding Ubuntu being available in the Windows Store! Which is just a place where you can download and buy Windows apps and games physical copy or direct download. But the news is still true, you can actually download Ubuntu for Windows 10 but, there is always a but, read on.

What Is Ubuntu For Windows 10?

Ubuntu on Windows allows one to use Ubuntu Terminal and run Ubuntu command line utilities including bash, ssh, git, apt and many more.

To use this feature, one first needs to use “Turn Windows features on or off” and select “Windows Subsystem for Linux”, click OK, reboot, and use this app.

After above is done simply use “ubuntu” command in cmd.exe or launch Ubuntu from the start menu. 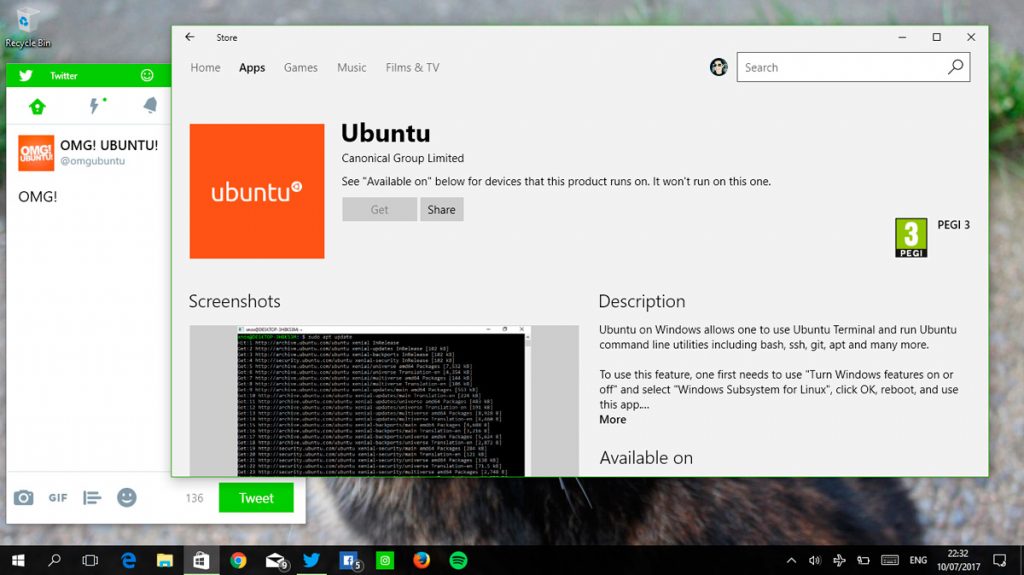