PhotoGIMP Brings the Photoshop Look and Feel to Linux 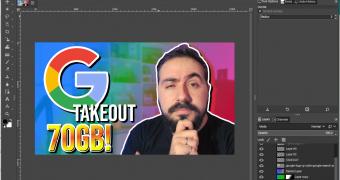 GIMP has long been the preferred app for advanced photo editing, not only on Linux, but also on Windows and Mac, with many considering it pretty much the best alternative for Adobe Photoshop.

But on the other hand, it’s not a secret that those making the switch from Photoshop sometime feel lost in GIMP, mostly because the UI doesn’t necessarily offer the familiar experience they expected.

And while there are some other ways to make GIMP feel more like Photoshop, a new patch called PhotoGIMP and available now for Linux users too comes with a pretty compelling package.

As mentioned on reddit, PhotoGIMP can be used on pretty much any platform where GIMP is installed, including on Windows.

So what PhotoGIMP does is tweak GIMP to mimic the interface of Adobe Photoshop, while also adding a bunch of extra… (read more)