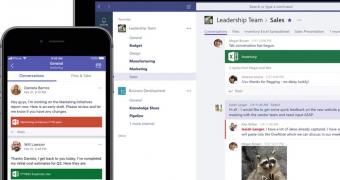 After two more months of waiting, Linux users can now finally download Microsoft Teams and install it on their Debian- or Red Hat-based GNU/Linux distributions.

Earlier this fall, Microsoft confirmed that it is working on a Linux version of his Microsoft Teams software, a unified communications platform where teams can collaborate more easily by sharing a workspace where they can chat, share files, and work with business apps.

Microsoft Teams was already supported on some of the most popular desktop and mobile platforms, including Windows, macOS, iOS, and Android, and as of today it’s also available on Linux. Those interested in installing Microsoft Teams can download the 64-bit binary packages as .DEB or .RPM right now from the official website… (read more)