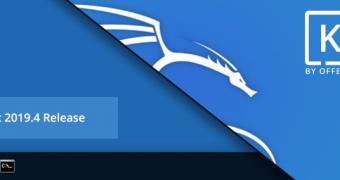 After teasing the community on Twitter earlier this week, Offensive Security released today a major update to their Kali Linux ethical hacking and penetration testing GNU/Linux distribution with cool new features and improvements.

Powered by Linux kernel 5.3.9, Kali Linux 2019.4 is now available and it’s a major update to the very popular ethical hacking and penetration testing operating system due to its massive look and feel changes. This is the first Kali Linux release to switch to the lightweight Xfce desktop environment by default, and also implement a brand-new desktop theme for both Xfce and GNOME desktops.

“We are really excited about this UI update, and we think you are going to love it. However, as UI can be a bit like religion, if you don’t want to leave Gnome don’t worry. We still have a Gnome build for you, with a few changes already in place. As time goes by, we will be making changes to all of the desktop environments,” said Offensive Security.