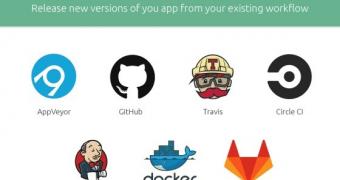 Canonical informed Softpedia today about a new infographic they prepared for developers interesting in building or packaging their apps as Snaps using the Snapcraft utility.

Dubbed “Snapcraft for developers,” the infographic aims to show application developers how simple is to build Snaps, Canonical’s universal binary format for distributing Linux apps on Ubuntu and across a multitude of GNU/Linux distributions. The infographic also reveals that Snaps see more than 3 million installs per month from over 2,000 developers who use Snapcraft to publish their Snaps in the Snap Store.

“At the end of last year, we shared an infographic highlighting the adoption of snaps by users for their desktop, server or IoT devices. Those snaps wouldn’t be available without the growing number of developers building them behind the scenes. But why have developers, including those from some of the world’s largest software companies, decided to package their applications as a snap?,” sai… (read more)