Canonical: Ubuntu Is Ready for Microsoft’s Windows Subsystem for Linux 2 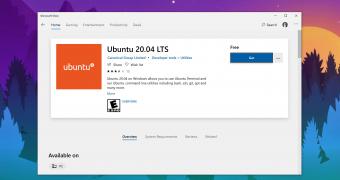 Microsoft has recently announced Windows 10 May 2020 Update, or version 2004, for users who want to manually download it from Windows Update, and with this new release, the company officially debuts a series of major improvements, including the new Windows Subsystem for Linux 2 (WSL 2).

WSL is Microsoft’s attempt to merge the worlds of Linux and Windows, allowing users to run Linux on top of Windows 10.

And the new version that’s part of the May update comes with massive improvements for Linux users, including a real kernel.

Of course, Ubuntu is one of the first distros to fully support WSL 2, and today Canonical announced that whoever wants to give WSL 2 a try on the May 2020 Update can download version 20.04 LTS from the Microsoft Store.

“Ubuntu was the first Linux distribution for WSL and remains the most popular choice of WSL users. Ubuntu 20…. (read more)