Antergos Linux Has Been Discontinued, All Users Will Be Migrated to Arch Linux 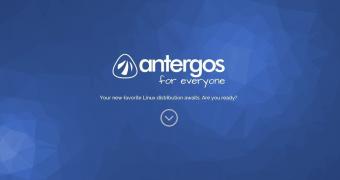 The development behind the Antergos Linux operating system announced the discontinuation of the project, as they decided to step down from developing this Arch Linux-based GNU/Linux distribution.

Created more than seven years ago by Alexandre Filgueira, Gustau Castells, and Dustin Falgout, Antergos Linux was first called Cinnarch as it aimed to be an unofficial Cinnamon flavor of the popular and powerful Arch Linux operating system. A year later, it was renamed from Cinnarch to Antergos, which is a Galician word meaning “to link the past with the present.”

Antergos wanted to provide the Linux community with a modern, beautiful, and powerful computer operating system that is easy to install, configure, and use. Antergos Linux used its own graphical installer, as oppossed to Arch Linux, which still doesn’t have a GUI installed, those making the installation harder for newcomers, those bringing Arch Linux to the masses.