What Is A Jolla Tablet? – Introducing a Linux powered tablet for Ubuntu users 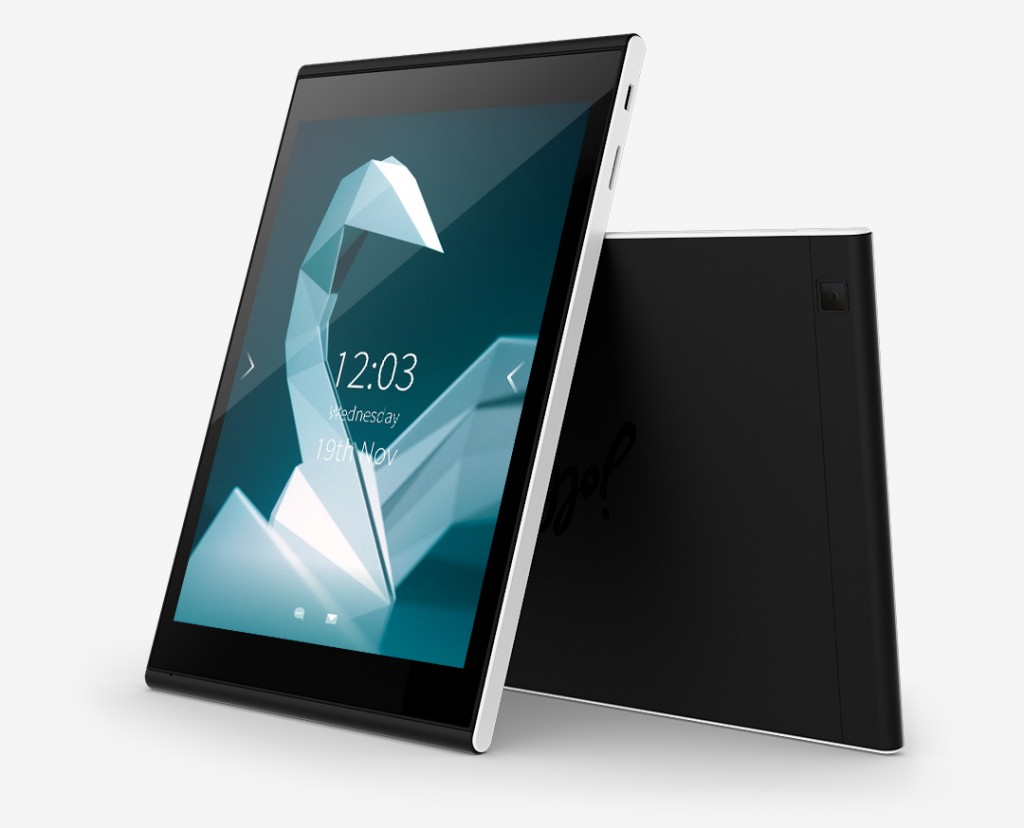 Hello everyone, how are you all doing today? Well we have some good news, UbuntuFree.com’s traffic is skyrocketing and we are suddenly getting a ton of emails and requests from Linux/Ubuntu fans requiring help for certain things, with that said, I am now gearing up to post some amazing new Ubuntu posts this week including new must-download apps for your Ubuntu OS, read on…

Jolla is a company, the smartphone company from Finland, is developing mobile devices and Sailfish OS, the open mobile operating system. The Jolla smartphone, powered by Sailfish OS was introduced to the public in Finland in late-November 2013. Currently Jolla smartphones are available all over Europe, and soon in Hong Kong and India. Jolla was born in 2011 out of the passion of its founders towards open innovation in the mobile space. Jolla is about offering a true alternative to the big players in the mobile industry.

** Jolla Tablet is powered by an Android-compatible Sailfish OS, wants to become the world’s first part of making the world’s first people powered tablet, running Sailfish OS 2.0. Jolla’s core value is freedom of choice for our community. That’s why we’ve picked Intel’s innovation platform, backed by open source, to power the Jolla Tablet. At 32GB, the Jolla tablet will have the space and hardware potential to be customised, and if you happen run out, there’s always the option to expand with a micro-SD memory card.

** Sailfish OS deserves a great display to accompany it – and it will. At 330ppi, Jolla Tablet’s display will match the resolution of iPad Mini 3.

** Jolla design is all about functionality, minimalism and style. The front of your tablet will be dedicated to viewing what’s on screen, without any design distractions. Sailfish OS is all about logic, consistency and understanding intuitive movement. With your Jolla Tablet, you’ll experience a completely different way of interacting with your device. 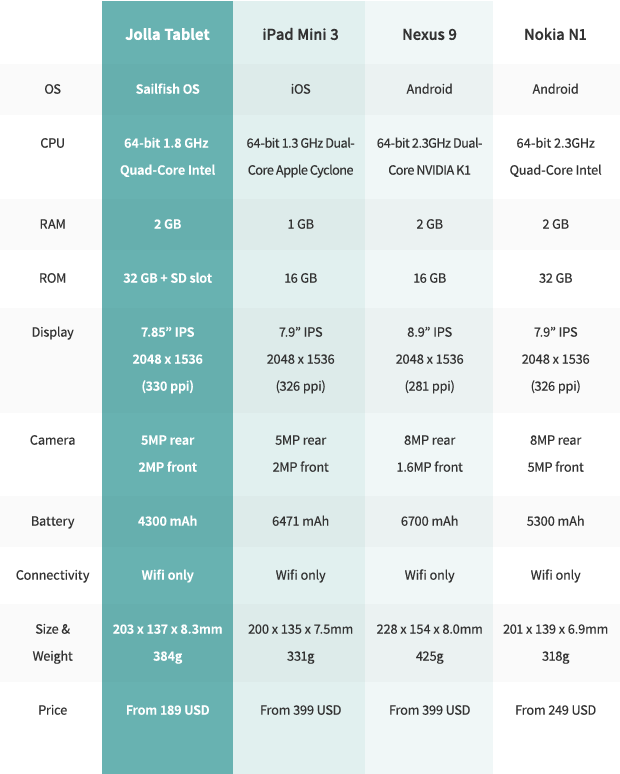 Get Jolla Tablet on IndieGoGo

If you want to back the Jolla Tablet on IndieGoGo you have until December 9 to do so. But be quick: at the time of writing only a handful of $199 tablet perks remain available, with the $189 tier having already sold out.