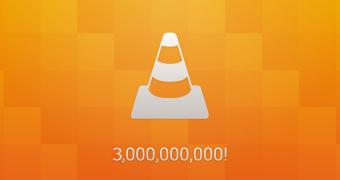 The open-source VLC Media Player app from VideoLAN reached a major milestone today as it just passed the 3 billion downloads mark on the project’s official website.

It became one of the most popular media player apps mostly because of its ability to play any type of video without needing a codec pack. Most of the widely used video and audio codecs are incorporated into the application for a hassle-free video playback experience.

But you probably already knew that and already using VLC as your main video player app on your personal computer, tablet, or mobile phones. What you probably didn’t know, is that VLC reached has been downloaded more than 3 billion times on the official website.