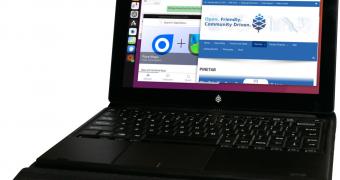 Pine64 has recently announced that it would begin taking pre-orders for the highly-anticipated PineTab Linux tablet later this month after the device has previously been pushed back several times.

The PineTab is designed to be a super-affordable Linux tablet that would ship with Ubuntu Touch from UBports, but the parent company says you should be able to run any Linux operating system at some point in the future.

“Software-wise the PineTab is convergent with both PinePhone and Pinebook software releases. It will therefore, in time, run most mobile operating systems developed for our platform as well as popular desktop OS options. I am also certain that the number of choices will explode after the first batch gets into early adopters’ hands, and that we will see more desktop-oriented releases with touch input capabilities very soon,” Pine64 says.

The new Linux tablet, which will cost just $99.99, can also work with a $19.99 magnetic backlit keyboard that simply att… (read…