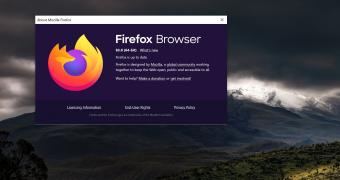 At this point, the browsing world is pretty much divided into two different parts. First of all, it’s Mozilla Firefox, the browser that has been around for many years and served as the main alternative to Google Chrome. And then, it’s the Chromium-based army of browsers that includes not only Chrome but also Microsoft’s very own Edge.

Mozilla Firefox has thus become not only an alternative to Google Chrome but to every other Chromium browser out there, and the major updates that it gets every four weeks play a key role in its effort to remain relevant in this tough battle.

Today, Mozilla published Firefox 83, a new version of the browser for Windows, Linux, and macOS, and naturally, this one comes with massive improvements.

First and foremost, Mozilla says it has made additional under the hood optimizations that allow for an important speed boost, especially when loading websites.