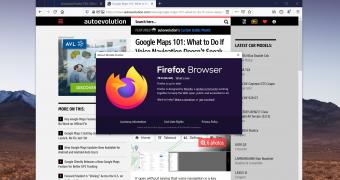 Mozilla Firefox 79 is projected to officially launch on July 28, but the parent company has already updated its FTP servers with the new version.

In other words, while the official announcement will be made tomorrow, you can already download Firefox 79 for Windows, Linux, and macOS.

The first beta build of Firefox 79 was published on June 30, 2020, and while Mozilla hasn’t announced any major changes in this build, it still comes with a series of changes that are worth highlighting.

For example, Mozilla warns that older macOS versions are no longer supported by Firefox, so version 79 won’t be shipped to these releases.

“macOS versions 10.9, 10.10 and 10.11 are no longer supported by Firefox. Users of these macOS versions are recommended to switch to Firefox ESR 78.x in order to continue receivi… (read more)