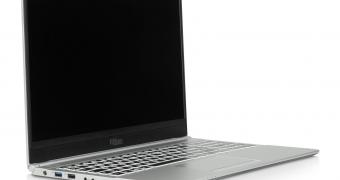 Tuxedo Computers has teased new laptops coming with high-end specs, including an AMD Ryzen model that would specifically be aimed at competing against Dell XPS 13.

Manjaro Lead Project Developer Philip Müller confirmed in an interview with Forbes that a partnership with Tuxedo Computers will bring us several new Linux laptops powered by Intel’s 10th Generation Core i7 chips.

In essence updated versions of the InfinityBook Pro 15 model, the Manjaro-powered laptops will boast a maximum of 64GB RAM and feature 2TB SSD storage thanks to a Samsung EVO Plus NVMe drive.

Like several other Tuxedo Computers, all devices support aftermarket upgrades without losing warranty.

“All devices have a maintenance-friendly design. Depending on the model, the essential hardware components such as processor, drive, hard disks, RAM, WIFI mod… (read more)