Linux GUI Apps Coming to Windows 10: Everything You Need to Know 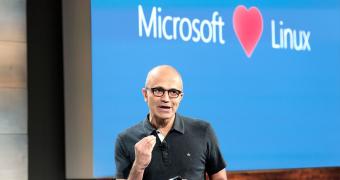 With Windows 10 version 2004 just around the corner, Microsoft is getting ready to debut the new Windows Subsystem for Linux (WSL) 2 to users across the world.

And just as expected, the second-generation WSL comes with massive improvements, including the full Linux kernel that is integrated into the platform.

But there’s more coming to Windows 10 users on the Linux front, and more information in this regard was shared today at the Build developer conference.

First of all, it’s the Linux GUI apps that are making their debut into the world of Windows 10.

As many know already, the Windows Subsystem for Linux allowed for Linux apps to run on Windows 10 without a graphical user interface, and while this setback could be resolved with and X server that would take care of everything, it’s not a secret that the overall performance isn’t always the best.

So beginning with a future update, the Windows Subsystem for Linux would allow Linux GUI apps to run just side by side… (