Windows 10 Is Getting a Linux-Like Package Manager 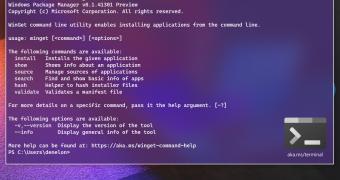 Microsoft used this year’s Build developer conference to announce the first preview of the Windows Package Manager that it’s building for Windows 10.

Working just like a Linux package manager, the new Windows tool will make it easier for users to install apps on their devices, as it can automatically search and download the latest version with just a command.

The “winget install” command will allow users to quickly install any app that has already been added to the repository, while the “search” command will make it possible to search for available packages.

Without a doubt, the Linux-inspired Windows Package Manager will come in handy to IT pros who want not only to install apps faster but also to automate the whole thing on their devices.

So why is Microsoft building a new package manager from scratch rather than investing in an open-source project that would have allowed it to do the whole thing faster?

Client already available, Insiders getting it to… (read more)