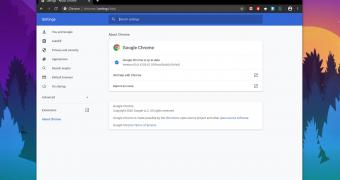 Google has released Google Chrome 83 for all supported platforms after the company decided to skip version 82 altogether and ship this new update earlier than anticipated.

Just as expected since Google Chrome just directly from version 81 to version 83, the new release is massive and comes with major improvements in key areas.

First of all, it’s the new tab groups feature that Google itself announced recently and which allows us to better organize the active tabs in the browsers. With this new feature, you can create tab groups with different names and colors all by simply right-clicking them, with a future update to also come with options to collapse groups and thus keep the tab bar cleaner.

Today’s update also includes a redesigned UI for the privacy and security settings in the desktop version of Google Chrome, as Google wants to make it more straightforward for users to configure… (read more)