This Is the New Microsoft Edge Browser for Linux 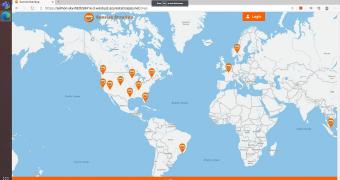 Microsoft used the Build developer conference to show just a small teaser of the upcoming Microsoft Edge for Linux, which is projected to go live at some point in the coming months.

While no specifics have been provided on the browser, the screenshot, which was spotted by everyone watching the Build conference online, shows what appears to be a Linux version of the new Edge that’s already available on Windows 7, Windows 8.1, Windows 10, and macOS.

Microsoft has previously confirmed that it was working on Linux, but until now, the company didn’t show any screenshots with the browser in action and refused to share specifics on the browser.

And despite showing a screenshot of Microsoft Edge for Linux at Build, the company still isn’t prepared to unveil more information, so while we do know this would happen eventually, nobody can tell for sure when.