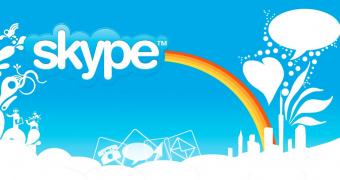 Microsoft has started rolling out custom backgrounds for Skype, but the new feature is only available in the desktop client and not in the dedicated Windows 10 app.

In other words, the custom backgrounds are available for Linux, Mac, and Windows, but only when the desktop client is used (Win32 for Windows users). The dedicated Windows 10 version of Skype, which can be downloaded from the Microsoft Store, already features blurred backgrounds, but is yet to be updated with today’s new feature.

Currently rolling out to users worldwide

Custom backgrounds land in Skype with the release of version 8.59.0.77 and are gradually rolling out to users worldwide.

It goes without saying that this is quite a welcome feature, especially given the current context when everybody is working remotely. And of course, the idea isn’t new, as so many other video calling apps already boast custom backgrounds, but it’s probably better late than never for Skype users.