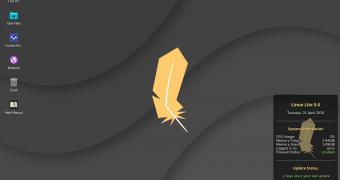 Linux Lite 5.0 RC1 has just been officially released as “the most feature rich, complete Linux Lite release to date,” and you can download it right now for testing.

And truth be told, the changelog is massive, bringing so many improvements in key areas of the operating system.

And it all starts with UEFI, which is now officially supported by Linux Lite. The developing team recommends users to disable SecureBoot, explaining that despite everything working correctly, “it’s just a hassle to have it enabled.”

The new release is based on Ubuntu 20.04 and also introduces a new Updater notifier, new logout options, and a new default wallpaper location. There are obviously new wallpapers as well, as well as more minor changes, like a language choice included on the login screen.

As far as the software that comes pre-loaded, there are three bi… (read more)