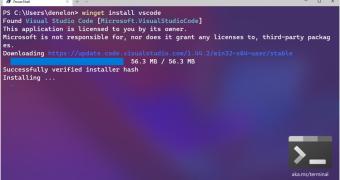 Microsoft used this year’s edition of the Build developer conference to announce the Windows Package Manager, a concept that Linux users will find very familiar and which is supposed to make app installation much more seamless.

The Windows Package Manager is obviously inspired from the Linux world, and this is the reason Microsoft is playing its card right with this new announcement.

As many people know already, Microsoft is truly committed to the world of Linux, and after launching the Windows Subsystem for Linux, including the second generation coming in the Windows 10 May 2020 Update, Microsoft releasing a package manager is something that just makes sense.

And this is because with a package manager, Microsoft makes Windows 10 feel like home for Linux users, and this is without a doubt an essential thing given the growth that Linux has recorded lately.

So by launching a package manager, Microsoft can make sure Windows 10 is the place to be for everyone, includ… (read more)