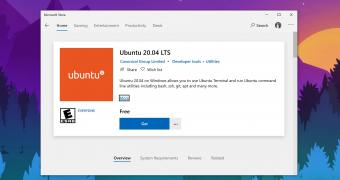 Canonical has released the latest version of Ubuntu only a few hours ago, and now this update is also live for Windows 10 users who want to download it from the Microsoft Store.

Ubuntu 20.04 LTS comes with a long list of improvements, including notable security enhancements like Secure Boot to protect against low level attacks and rootkits.

Furthermore, this is the first release to come with Fast ID Online, or FIDO, to power universal multi-factor and passworldless authentication in the operating system.

Another notable addition is WireGuard VPN, which comes pre-loaded in Ubuntu 20.04 LTS but will also be backported to Ubuntu 18.04 LTS, according to Canonical.

Of course, users can upgrade to the latest Ubuntu release manually, but the Microsoft Store version makes it easier for those running the Windo… (read more)