The Next Linux Mint Version Will Be Called Ulyana, Launch Only in 64-Bit 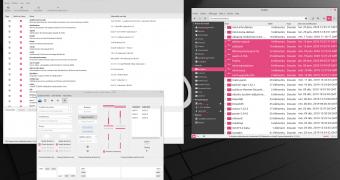 But the biggest change, however, is the migration to 64-bit exclusively, as beginning with this new release, Linux Mint officially drops 32-bit versions.

Going forward, Linux Mint will continue to be available in 64-bit only.

The new Linux Mint 20 will be based on Ubuntu 20.04, the team also revealed, and will land in three different versions, namely Cinnamon, MATE, and Xfce.

Additionally, there is also important news for those currently running the latest version. LMDE will officially reach the end of support in July, which means that after this date, devices not yet upgraded to version 4 will no longer receive updates – of course, these systems will continue to run normally, but the lack of security updates and bug fixes make them more prone to issues and cyberattacks.