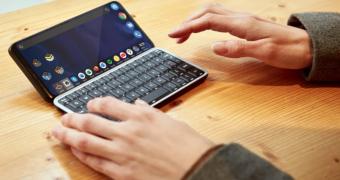 The world of Linux phones is about to get a new member, as Planet Computers is working on a new device that’s currently up for crowdfunding on Indiegogo.

The so-called Astro Slide looks retro but feels modern. Despite the PDA-like appearance, the device is essentially a 5G smartphone that can double as a laptop thanks to a small physical keyboard.

In terms of hardware, the Astro Slide comes with the essential feature package to let you stay productive on the go. It’s powered by a MediaTek Dimensity 1000 octa-core SoC and obviously comes with a 5G chip specifically optimized for what the parent company says improved signal with reduced power consumption.

Of course, this is something that remains to be seen, but if these claims are accurate, then the same chip could make its way to many more smartphones in the coming months, especially as the expansion of 5G networks is advancing at full s… (read more)