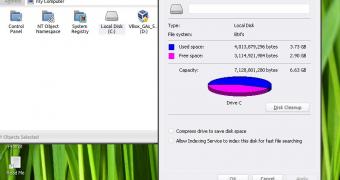 Colin Finck of ReactOS project announced the release of ReactOS 0.4.10, a version that packs several enhancements to the open-source Windows clone.

Like every other new ReactOS release, version 0.4.10 introduces something new for users to try out on their personal computers and keep them busy until the next release lands. Without any further ado, the biggest new feature in ReactOS 0.4.10 is the ability of the operating system to boot from Btrfs formatted drives.

This major change allowing users to install and boot ReactOS from a disk drive formatted with the Btrfs file system was possible thanks to an implementation of the WinBtrfs Windows driver for the next-generation file system for Linux-based operating systems based on the copy-on-write (COW) principle.

“It is all well and good for ReactOS to have a working driver, but the user ultimately needs to have a way to put it into use. The combined effort proved fruitful indeed, and users are invited to try out BTRFS… (read more)