Raspberry Pi 400 Is Literally a Computer in a Keyboard 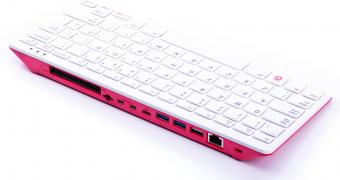 Raspberry Pi has just launched a brand-new device, and this time it comes in a rather unexpected form.

Raspberry Pi 400 is based on the 4GB Raspberry Pi, only that it’s faster than the original version.

If you want to buy only the computer, which is actually a keyboard, the price you need to pay is just $700, but there’s a chance most people would go for the so-called Raspberry Pi 400 Personal Computer Kit which is available for $100 and comes with plenty of extra goodies.

Only a bunch of languages supported initially