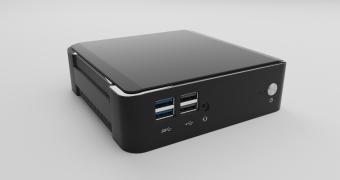 Purism’s Librem Mini debuted last not a long time with a rather unique approach, promising a state-of-the-art mix of privacy features with the power of Linux, all packed in a pocket-size computer.

And now the company is back with an important announcement: the first hardware upgrade for the Librem Mini is live.

Officially called Librem Mini V2, the new mini computer is actually the original model with an upgraded processor. The new model comes with the new Intel 10th Gen i7-10510U processor with four cores up to 4.9 GHz.

The best of all is that Librem Mini V2 comes at the same price as the first model, despite the processor upgrade. All the other specifications remain exactly the same.

“It was less than a year ago when we announced our new Librem Mini campaign. We wanted to offer people a powerful and accessible desktop PC in a mini form-factor running the same free firmware and operating system as our laptops. The Li… (read more)