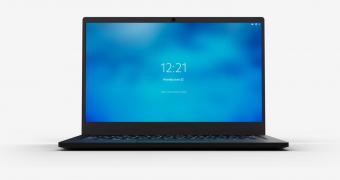 Purism has just announced a new Linux laptop that’s built with security in mind and supposed to excel in terms of hardware specifications.

The Librem 14, a successor to the Librem 13, comes with an all-new 14-inch 1080 IPS matte display that features a pretty small bezel, so it boasts a rather modern look. Furthermore, shrinking the bezels allowed Purism to make the Librem 14 as big as the Librem 13 despite coming with a larger screen.

“The Librem 14 was designed based on Purism’s experience with four generations of Librem 13 laptops along with customer feedback. It retains popular security features such as hardware kill switches to disable the webcam/microphone and WiFi and supports PureBoot, Purism’s high security boot firmware,” Purism explains in a press release today.

Needless to say, there are massive upgrades in terms of hardware too.