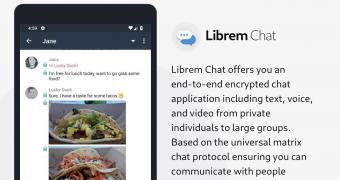 Purism, the company behind the Librem laptops and phone powered by a Linux-based operating system, announced today a privacy-focused suite of applications for Android, iOS, and Linux platforms.

Tired of the privacy issues with the big tech companies like Google, Facebook, and Apple, Purism decided to launch a suite of apps that truly respects user’s privacy, doesn’t track users’ activity, do not show ads, nor analyze or sell your data. The Librem One suite aims to offers alternatives to your most used apps on iOS and Android.