Microsoft Wants to Launch Chromium Edge Browser on Linux, And It Needs Your Help 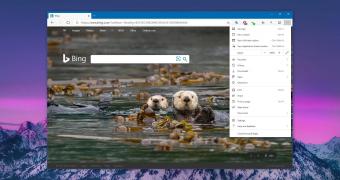 Microsoft is laying out plans for a Linux version of its new Chromium-based Microsoft Edge browser, and the company is calling for Linux users to fill out a survey to help it determine how such an app would be used on a Linux system.

Microsoft is moving its browser to Chromium, and thanks to this new engine, the software giant can bring the app to the non-Windows world, including here rival platforms like macOS and Linux.

While preview builds for macOS are already available, the company has never confirmed a Linux version of Microsoft Edge, albeit the Edge team did say that at some point in the future such a project might be started.