Linux Needs at Least 10 Years to Replace Windows in China 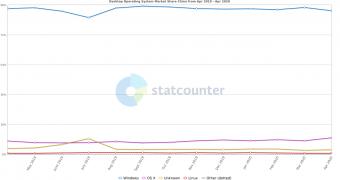 Linux has long been considered the best alternative to Windows, and the latest data shows its market share and adoption is massively improving.

But as far as China is concerned, building a Linux alternative to Windows could even take 10 years, Liu Wenhuan, the general manager of Union Tech explains.

Union Tech is the company that builds UOS, a Linux-based operating system that is supposed to allow China to abandon Windows as part of a long-term plan whose purpose is to reduce reliance on foreign software.

“It will take at least 3, 5 or even 10 years [for us] to truly compete with foreign operating systems,” Liu Wenhuan was quoted as saying by ABACUS.

Indeed, the development of China’s Windows replacements progresses at a rather slow pace. However, Union Tech is currently in talks wit… (read more)