Ubuntu 20.04 LTS Feels Like Home on the Raspberry Pi 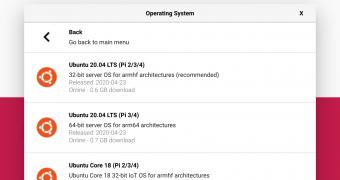 If you want to install the latest version of Ubuntu on the Raspberry Pi, you really shouldn’t encounter any big problem, as the OS has already been certified for the pocket-size computer.

Ubuntu 20.04 LTS received certification for the Raspberry Pi the same day when it was released, Canonical confirms, so everything should work just as expected out of the box.

In other words, Canonical guarantees that it performed “thousands of tests” to make sure that Ubuntu is running just flawlessly on the Raspberry Pi. And at the same time, updates are supposed to roll out at a great pace, with new improvements and security patches to go live every three weeks.

Any critical vulnerability that’s discovered in Ubuntu for Raspberry Pi is fixed in just one day, Canonical promises.

And of course, Ubuntu receives full support on the Raspberry Pi, just like the desktop version of the operating system.