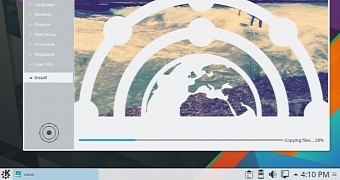 Finally! There’s now a user edition of the KDE Neon project, an open source initiative that promises to bring the latest KDE software to PCs, always. KDE Neon is known for being both a layer on top of any Ubuntu or Kubuntu-based operating system, as well as an operating system distributed via installable ISO images.

KDE Neon User Edition 5.6 lets anyone interested in the KDE Plasma desktop environment and other KDE technologies to have the latest versions of said software projects on their personal computers as soon as they are released upstream by the KDE Project. Best of all, the ISO images do not have a version number, as they are generated automatically whenever new KDE Plasma packages are a… (read more)
Remember to like our facebook and our twitter @ubuntufree for a chance to win a free Ubuntu laptop by Dell or HP!