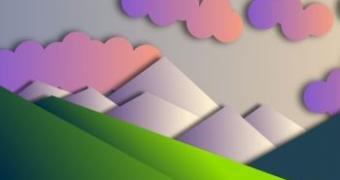 GNU/Linux developer Arne Exton released a new version of his ExTiX GNU/Linux distribution based on the Deepin Linux operating system made by Deepin Technology.

The biggest news about the ExTiX Deepin 19.4 release is that it’s the first GNU/Linux distribution to be based on the upcoming Deepin Linux 15.9.3 release, which is currently in beta stages of development and has not yet been officially released by Deepin Technology.

Additionally, ExTiX Deepin 19.4 comes with the Linux 5.0.8 kernel for the best possible hardware support, making ExTiX worthy for its “The Ultimate Linux System” nickname. Latest Refracta Snapshot is included as well by default for those who want to make their own ExTiX Deepin 19.4 live systems, along with Spotify and Skype apps.

“I’ve called my different versions of ExTiX “The Ultimate Linux System” for many years by now. In regards to ExTiX 19.4 Deepin, I feel it’s especially justified. Everything just works,” said Arne Exton in an email to S… (read more)