Hello everyone, you can download Visual Studio Code for Ubuntu and experience one of the best code editors available on the planet. I say that with confidence because as we type this, Visual Studio Code is my current personal favorite source editor.

Today we will highlight Visual Studio Code, a popular code editor by Microsoft that is now available for multiple operating systems, not just Windows. With that said, thanks to the collaboration between Microsoft and Snap(Canonical Ltd) you can now instantly install VS Code on your Ubuntu or Linux computers. I have been using VS Code for the past 3 years mostly on Windows but I am glad they finally decided to make a version for Ubuntu. Visual Studio Code runs perfect, it is a good compact size and you basically get all the features the Windows version has. If you are looking for a stable and complete source code editor, I highly recommend you try VS Code, let us know in the comments below what you think about it once you decide to try it.

What Is Visual Studio Code About?

Visual Studio Code is a lightweight but powerful source code editor which runs on your desktop and is available for Linux, macOS and Windows. It comes with built-in support for JavaScript, TypeScript and Node.js and has a rich ecosystem of extensions for other languages such as C++, C#, Java, Python, PHP, Go and runtimes such as .NET and Unity.

First and foremost, it is an editor that gets out of your way. The delightfully friction-less edit-build-debug cycle means less time fiddling with your environment, and more time executing on your ideas.

At its heart, Visual Studio Code features a lightning fast source code editor, perfect for day-to-day use. With support for hundreds of languages, VS Code helps you be instantly productive with syntax highlighting, bracket-matching, auto-indentation, box-selection, snippets, and more. Intuitive keyboard shortcuts, easy customization and community-contributed keyboard shortcut mappings let you navigate your code with ease. 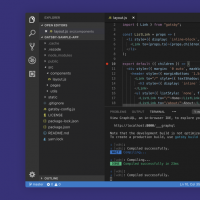 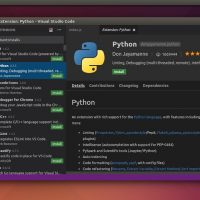 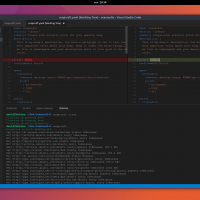 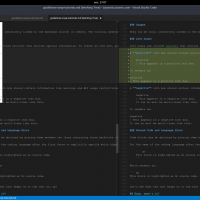