Hello everyone, you can download OBS Studio for Ubuntu and experience one of the best broadcasting software available on any Linux platform. Truly an underrated software that you should all take a closer look at.

Today we will highlight some reasons why we think you should definitely try OBS Studio as your primary broadcasting software. It is already backed by the likes of Twitch, Nvidia and Facebook for a reason. I recently decided to try OBS Studio last week and I forgot to post about it until a visitor of our website left a comment on our Facebook post asking if this would work on the latest Zorin OS and we told him yes it should work because Zorin is based off Ubuntu, so in theory, it should work. Anyway, OBS Studio is still a somewhat underrated software compared to it’s competitors like Lightstream, vMix, Wirecast etc, despite all that, to us, it is certainly the best, not only because it is free but the OBS Studio community is vibrant and the software is regularly updated with new features and bug fixes. Let us know in the comments what you think about this software once you decide to try it.

First, make sure you have FFMpeg installed…

Then you type the following command:

What is OBS Studio?

OBS Studio is software designed for capturing, compositing, encoding, recording, and streaming video content, efficiently. It is a free and open-source software suite for recording and live streaming. Written in C, C++ and Qt, OBS provides real-time source and device capture and it is very popular among gamers on platforms like Twitch and Steam. 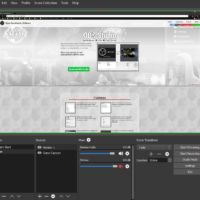 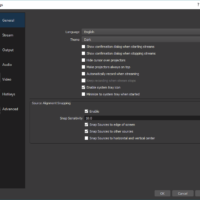 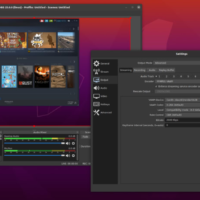 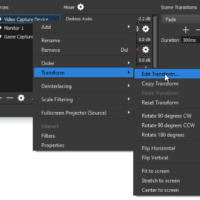