Android-x86 6.0 Promises to Let You Run Android 6.0 Marshmallow on Your PC 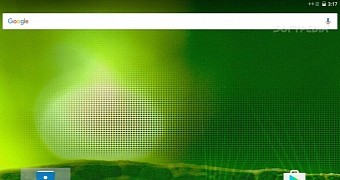 Chih-Wei Huang from the Android-x86 project was proud to announce the availability of the first Release Candidate (RC) build of the upcoming Android-x86 6.0 operating system.

Android-x86 is an open source and freely distributed project that aims to port the latest version of the Android mobile operating system created by Google for numerous smartphones and tablets, as well as many other wearables and embedded devices, to x86 PCs, including any laptop and desktop computer out there.

Android-x86 is the original project that lets users run Android on their PCs, on which many other operating systems are based, including the popular Remix OS and Phoenix OS. Android-x86 6.0 has been in development for the past few months, but there haven’t been any Beta or RC releases until now, only the regular daily builds.

Based on th… (read more)
Remember to like our facebook and our twitter @ubuntufree for a chance to win a free Ubuntu laptop by Dell or HP!