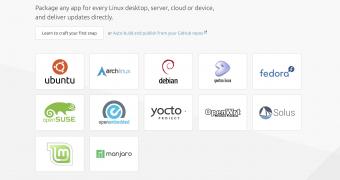 Canonical has released Snapcraft 3.8, a new feature and maintenance update of their in-house built tool for packaging Linux apps in the Snap universal binary format.

Made for Ubuntu, but also available on the software repositories of various other popular GNU/Linux distributions, the Snapcraft tool lets application developers easily distribute their apps across multiple operating systems by packaging them in the Snap universal and containerized binary format.

These days, Snaps are being packaged and published by some of the major tech companies, such as Microsoft, Google, Mozilla, Spotify, and others, to make it easier for users to install cross-platforms apps on their GNU/Linux distributions. That’s why Canonical decided to make a Windows installer for Snapcraft.

“Support for a Windows installer has been fully fleshed out and ready to be delivered, this means that Snapcraft will soon be able to run natively from Windows,” Sergio Schvezov, Software Engineer at Can… (read more)