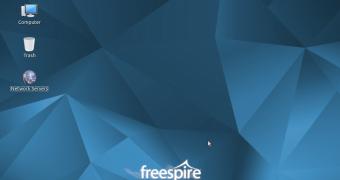 With Windows 7 already discontinued, it kind of makes sense for Linux operating systems to go after Microsoft users, and in addition to Canonical and several others, the Freespire developers also attempt to convince some to make the switch.

The team has recently released Freespire 6.0 running the MATE desktop, with the KDE version coming soon.

“This release is our FOSS solution, with no binary-only drivers or multimedia codecs included and strictly Libre applications. Freespire is released bi-annually and showcases the best that the open-source community has to offer. Our users enjoy a multitude of different desktops – for this release we are releasing the MATE desktop first; KDE comes next, keep an eye out for it,” the Freespire devs explain.

The new version comes with MATE 1.20 and kernel version 5.3.0-28 and includes the Chromium web browser and Abiword.