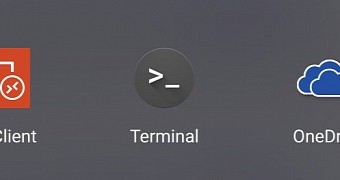 More evidence popped up recently that Google might be working on implementing support for Linux program on its Linux-based Chrome OS operating system for Chromebooks.

According to a Reddit thread, a Chromebook user recently spotted a new Terminal app added to the app drawer when running on the latest Chrome OS Dev channel. Clicking the icon would apparently prompt the user to install the Terminal app, which requires about 200 MB of disk space.

The installation prompt notes the fact that the Terminal app can be used to develop on your Chromebook. It also suggests that users will be able to run native apps and command-line tools seamlessly and securely. Considering the fact that Chrome OS is powered by the Linux kernel, this can only mean one thing.

That’s right, you might soon be able to run native… (read more)
Remember to like our facebook and our twitter @ubuntufree for a chance to win a free Ubuntu laptop by Dell or HP!