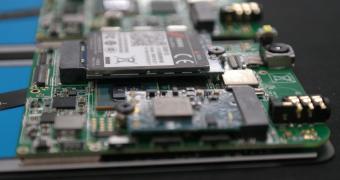 Purism, the hardware manufacturer behind the Librem laptop lineup powered by the PureOS Linux operating system, announced today the final and official shipping dates of the Librem 5 Linux phone.

In development since October 2017 and after a few delays, the privacy and security-focused Librem 5 Linux-powered smartphone from Purism is finally shipping later this month, but in batches as iterative production releases. Each batch will ship hardware and software updates, as well as improved mechanical design. The shipping starts September 24th and it will end in Q4 2020.

“The iteration schedule starts in September, 2019, and the Librem 5 will be shipping in batches with incrementing code names. Each iteration improves upon the prior in a rapid rolling release throughout the entire first version of the phone, including the public plans for the second revision of the phone for context,” said Todd Weave… (read more)