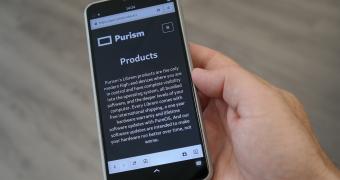 Purism, the hardware manufacturer known for their security and privacy focused Linux laptops, announced that the new Librem 5 Linux phone has started shipping to customers around the world.

Earlier this month, Purism announced their shipping plans for the Librem 5 Linux smartphone, which has been in development since October 2017. Two years later, the Librem 5 phones will finally start ship to customers who pre-ordered them, in batches, until Q4 2020. The first batch, will start shipping from September 24th until October 22nd.

Librem 5 promises to be the very first smartphone on the market that focuses only on security and privacy by not tracking, nor exploiting your digital life. It features hardware encryption, layered security protection, hardware kill switches, decentralized and IP-native communication, and use… (read more)