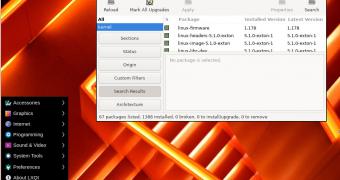 A new version of the ExTiX “The Ultimate Linux System” GNU/Linux distribution from developer Arne Exton has been released with the latest Linux 5.1 kernel series and LXQt 0.14.1 desktop environment.

Based on the recently released Ubuntu 19.04 (Disco Dingo) operating system, ExTiX 19.5 is now available featuring the lightweight LXQt desktop environment by default instead of GNOME, the latest and most advanced Linux 5.1 kernel series, and the upcoming Kodi 19 “Matrix” media centre with the Netflix, Amazon Prime Video, and Plex add-ons pre-installed.