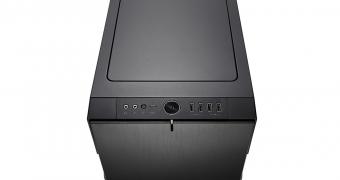 With Hades, Entroware debut their first AMD-powered system that’s perfect for Deep Learning, a new area of Machine Learning (ML) research, but also for businesses, science labs, and animation studios. Entroware Hades can achieve all that thanks to its 2nd generation AMD Ryzen “Threadripper” processors with up to 64 threads, Nvidia GPUs with up to 11GB memory, and up to 128GB RAM and 68TB storage.

“The Hades workstation is our first AMD system and brings the very best of Linux power, by combining cutting edge components to provide the foundation for the most demanding applications or run even the most demanding Deep Learning projects at lightning speeds with impeccable precision,” says Entroware.

The Entroware Hades workstation can be configured to your needs, and you’ll be abl… (read more)