Deepin 15.11 GNU/Linux OS Released with Could Sync and Many Other Improvements 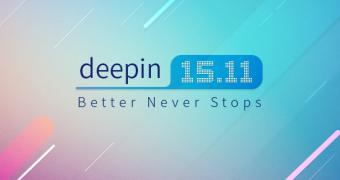 The Deepin 15.11 GNU/Linux operating system has been released and it brings lots of improvements and some exciting new features for fans of this Chinese-based distro.

Highlights of the Deepin 15.11 release include a much-improved window manager that’s now more lightweight and beautiful, as well as Cloud Sync functionality in the Control Center to let you sync system settings in the cloud so you can easily restore them when you reinstall your Deepin system.

However, at the moment, the Cloud Sync functionality is only available for users with the Deepin ID location in Mainland China. Support for other countries will be avai… (read more)