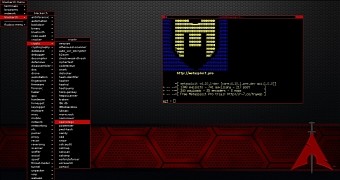 Following on the footsteps of Arch Linux, the developers of the BlackArch ethical hacking and penetration testing GNU/Linux distribution announced today that they’re dropping 32-bit support.

The announcement was published this morning on their website and Twitter account, as it looks like the BlackArch developers plan to remove the 32-bit ISO images and respective repositories soon, urging all those running BlackArch on 32-bit PCs to upgrade to the 64-bit version of the operating system as soon as possible.

“Following 9 months of deprecation period, support for the i686 architecture effectively ends today. By the end of November, i686 packages will be removed from our mirrors and later from the packages archive,” said the devs. “We wish to thank all of BlackArch’s users, mirrors, and supporters. Thanks for your help.”

Beginning November 30, 2017, the BlackArch Linu… (read more)
Remember to like our facebook and our twitter @ubuntufree for a chance to win a free Ubuntu laptop by Dell or HP!