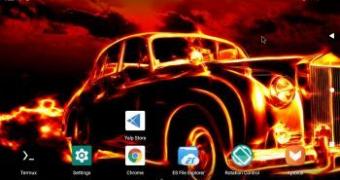 The RaspAnd Pie Build 190429 is here a month and a half after the first release that brought Google’s latest Android 9 Pie mobile operating system to the tiny Raspberry Pi computers, which, unfortunately, did not ship with Google Play Store, though you could install Android apps via the Aptoide package manager.